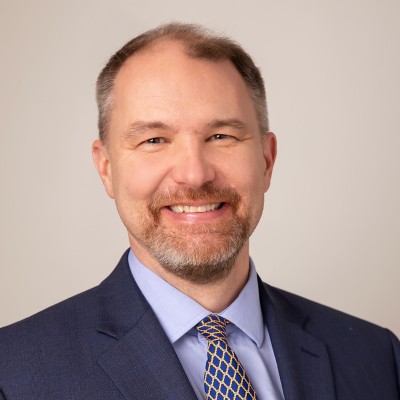 Bill Lawrence is the Chief Information Security Officer at SecurityGate.io where he leads the security operations and IT management teams, as well as oversees vulnerability management and incident response program activities.

Previously, at the North American Electric Reliability Corporation, Bill held several senior leadership roles, including vice president and chief security officer, where he was responsible for the oversight of the Electricity Information Sharing and Analysis Center (E-ISAC) and for directing security risk assessment and mitigation initiatives to protect critical electricity infrastructure across North America. He also led coordination efforts with government agencies and stakeholders on cyber and physical security matters, including analysis, response, and sharing of critical sector information.

Bill had a distinguished career in the U.S. Navy where he served as a pilot of F-14B Tomcats and F/A-18F Super Hornets, flying off three carriers on deployments to the Mediterranean and Persian Gulf. He also served as the deputy director in the Character Development and Training Division at the U.S. Naval Academy, where he taught courses in Ethics and Cyber Security.  He served as a distinguished fellow at the Defense Advanced Research Projects Agency.  In 2012, after over 20 years of faithful service, Commander Lawrence honorably retired from the U.S. Navy. His awards include a Meritorious Service Medal, four Air Medals, three Navy Commendation Medals, and various unit and campaign awards.