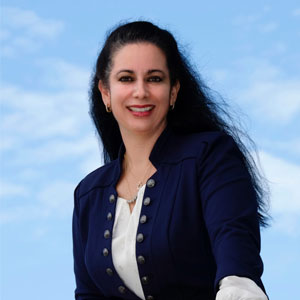 Connie Barrera has been the Chief Information Security Officer at Jackson Health System for six years.  She has over 25 years of experience in the IT industry. Connie has spent considerable time in almost every role within IT including working with endpoints, systems engineering and architecture, as well as her current role in security.   Connie has a proven track record in healthcare, having previously worked at Baptist Health System and University of Miami.

As the CISO, she is responsible for security architecture and operations, as well as developing policy and standards related to privacy, confidentiality, integrity, and availability of the IT services throughout the enterprise. To this end, Connie develops and maintains risk management, security awareness, and compliance programs to effectively deal with the implications of legislated requirements that impact security for the institution. This includes but is not limited to HIPAA, PCI, FDA Part 11 and the Red Flag Rules.

During 2013, Connie was nominated for the ISE Southeast Executive Awards Q1 and was a finalist in the ISE North America Executive Awards Q4.  In 2015, Connie was the recipient of the prestigious Citrix Technology Professionals (CTP) award, which recognizes the contributions of individuals who have invested a significant amount of time and resources to become experts in Citrix products and solutions.  March 2016, she won the ISE South East Executive Award People’s Choice Award.  Most recently, CSO50 recognized Connie as an Executive of the year finalist in 2017 and has twice been honored for two projects Connie led during the annual CSO50 conference (2017 and 2018).  In 2019 she was named by Becker’s Hospital Review as a “healthcare CISO to know”.

Connie has an Executive MBA in Health Sector Management and Policy from the University of Miami and a BS from Florida International University, in addition to earning many industry technical certifications over the years.  Connie lives in Miami, FL with her husband Rigo Barrera and her two boys.