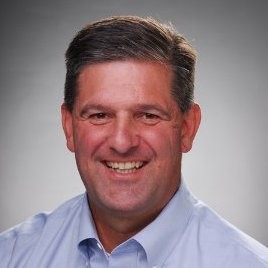 Gregory (Greg) A. Tacchetti, joined the State Automobile Insurance Companies (State Auto) as Senior Vice President and Chief Information & Strategy Officer in August 2015, and exited when the sale to Liberty Mutual closed in March 2022. Greg was co-founder and owner of AssureStart, a company that sells small business insurance online, before joining State Auto in 2015. He was Chief Administrative Officer of Fireman's Fund Insurance Company and Allianz of America, and held senior operations, underwriting and finance roles with Safeco and GEICO. Greg holds a Bachelor of Arts degree in Economics and Political Science from the University of Maryland and an Executive MBA in Business and Finance and Strategy from the University of Washington.

In his current role, Greg has been charged with transforming the State Auto IT organization and developing overall business strategy. As part of a larger transformation effort, he is also crafting a long-term plan to build a multimodal IT organization that can work across the enterprise to create systems architecture and revamp business processes to increase efficiencies, lower costs of system ownership, and make State Auto’s offerings more profitable.

He was named “One of the top 15 People to Watch in Insurance Technology” in 2015 by Insurance Networking News. 2014 winner of the IASA Technology Innovation Award. In 2019, the State Auto team earned a CIO100 top innovation award, Greg was named the Most Admired CIO for Central Ohio in 2020 and 2021, and was named the 2022 Orbie Ohio CIO of the year.