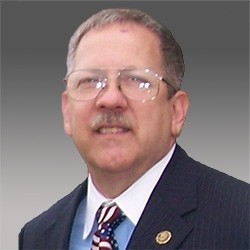 Over 40 years of experience in providing Executive Level management in the Information Technology and Cyber Security fields as a PMO, CTO, CSO, CIO, and CISO.

Mark started his career in the Army, where at the pinnacle of Colonel Gelhardt’s military career he was nominated and selection to work at the White House as the CIO/CISO, supporting President Clinton, the VP, the White House Staff, and the U.S. Secret Service managing all the classified automation and telecommunications. Mark is a combat veteran.

Since retiring from the service Mark has held multiple executive leadership positions in Information Technology and Information Security.  CIO/CSO for World Airways – the largest US wide body long-hall charter airline.  CTO and CISO for InterCall - the world’s largest conferencing company.  Chief Information Security Officer (CISO) for TravelClick - a Software as a Service (SaaS) company in the hospitality/hotel space.  Consulted as the Acting/Interim CISO for the Georgia Lottery and NCR.  Currently Mark is the SVP, Global Technology Governance for US Bank/Elavon.

Mark is the author of “My Time at The Clinton White House” and a well-known speaker.  Mark’s Honors include awarded CISO of the year finalist 2013, Global CISO of the year finalist 2014, and a National InfoSec Project award winner in 2013 and a finalist InfoSec Project award winner in 2015.  His military honors include the Presidential Service Badge, the Legion of Merit, the Soldiers Medal (highest peace time valor award in the army), the airborne & air assault badges and is a combat veteran.