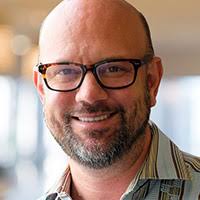 Michael is CTO at Altius Institute for Biomedical Science where he leads the computational part of computational biology. Previously Michael served on Governor Inslee’s cabinet as the CIO for the State of Washington and the Director for Washington Technology Services. Prior to five years in public service, Michael was a startup guy for fifteen-ish years where he served in a range of executive roles including founder, CEO, CTO, VP Tech Biz Dev, etc. Michael spent the first nine years of his career in various roles at Microsoft.