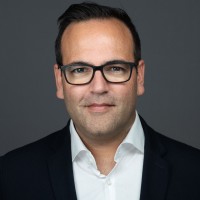 Rizwan Somji is chief executive officer and board member for Cymax Group Technologies. Under his leadership, Cymax Group has seen record growth, outpacing the market, and further reinforcing Cymax Group Technologies as a leading eCommerce and technology services provider. Riz is a genuine, high-energy leader who empowers his team with the tools they need to have fun and succeed.

A big advocate of innovation and mentorship, Riz participates in several advisory boards, fundraising groups and mentorship programs including Victory Square Technologies and BC Newcomer Camp. As a volunteer coach for Shaheen Football Club, for over 20 years, he believes that social responsibility is critical to both corporate and personal growth.

He has been recognised for his contribution and leadership which includes BCTIA Company of the Year July 2021, EY Entrepreneur of the Year Pacific July 2021, Burnaby Board of Trade Businessperson of the Year 2020 and UBC Computer Science Incredible Mentor Award 2016.

Riz graduated from the University of British Columbia, where he earned a B Sc. In Computer Science.