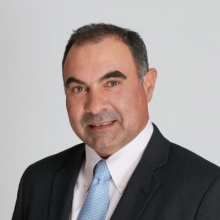 Todd Treonze is currently Senior Vice President and Chief Information Officer for Brooks Brothers, having joined in March 2017.  Brooks Brothers is the oldest men's clothing chain in the United States, founded in 1818 as a family business, the privately-owned company is headquartered on Madison Avenue in New York City. There are 270 Brooks Brothers stores in the United States and over 110 in other countries, including Korea, Japan, China, Taiwan, Dubai, France, United Kingdom, Chile, Canada, Panama, Italy, Mexico and Greece. United States flagship stores are in Manhattan, Chicago, Boston, and Beverly Hills. Todd is responsible for ensuring that the company’s information technology investments, resources and project execution are aligned with its strategic business objectives on a global basis.  Although rooted in technology, Todd has a very deep operations background. Prior to joining Brooks Brothers, Todd was Vice President of Information Technology & Omnichannel Operations for ANN INC. brands (part of the Ascena Retail Group).  In this role Todd had accountability for IT, Customer Contact Center, Ecommerce Operations, and CRM / Client Insights.  During his tenure at ANN, Todd was instrumental in driving major progression in the omnichannel space, including major advancements in the digital / mobile customer experience, CRM, Ship from Store capabilities and the implementation of an iOS-based application that allowed store associates to leverage Endless Aisle selling capabilities.  Earlier in his career Todd held various IT leadership roles at Pitney Bowes Inc. and he began his career as a Principal Consultant in the SAP practice of PricewaterhouseCoopers.