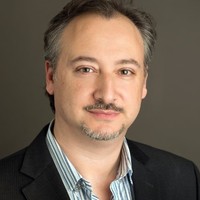 Vlad is a seasoned IT veteran with over 25 years of mission-critical IT experience. Vlad joined the DataBank management team as CTO in September 2017 with the acquisition of Edge Hosting. In his role as DataBank’s Chief Technology Officer, Vlad guides the direction for development, implementation and management of the company’s overall technology strategies. Prior to DataBank, Vlad founded Edge Hosting, a compliance-driven IaaS and PaaS Managed Cloud Hosting service provider, in 1998 as a spin-off from his first IT venture ACS, which was started in 1991 while he was still a student at the University of Maryland. ACS was a software startup that created the only packaged solution for large scale automotive logistics processing that was widely adopted by auto manufacturers, port processors and transportation carriers around the globe. Under Vlad’s direction, the company flourished to thousands of servers in geographically diverse data centers, hosting highly secure, mission-critical hosting for web and line-of-business applications.