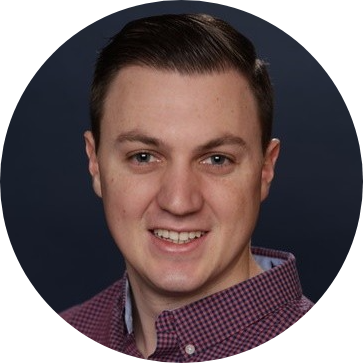 Whether you call it Web3 or Web 3.0, the future of the internet is coming. However, when it’s coming and precisely what it will look like is a hot debate. In some respects, Web3 is already here, and in others, it’s decades away. The vision of Web3 is fantastical, and hypotheses seem as numerous as the users talking about it. This probably makes sense because one of the main features of what Web3 is expected to be is that it will be almost entirely user-created.

In this article, we’re discussing Web3, what it means, where it came from, and where you can find some examples of it right now on Web 2.0.

Web3 is based on the idea that big tech companies will no longer control the next generation of the internet. Instead, it will be governed and developed by users themselves within a decentralized online ecosystem based on the blockchain. Instead of businesses buying and selling user data, it’s the people who will be building apps and platforms and could even monetize their own data.

While this idea may seem like “pie in the sky,” many believe in this form of the internet and are working to bring a version of Web3 into existence.

Where did Web3 come from?

Gavin Wood, who helped develop the cryptocurrency Ethereum, coined the term Web3 in 2014. He currently runs the Web3 Foundation, which supports decentralized projects, and Parity Technologies, a company focused on building blockchain infrastructure for Web3.

The visions of Web3 vary from person to person, and there are plenty of naysayers who either don’t believe in Web3 or see it developing differently. Bloomberg described Web3 as “hazy” at best. Even Twitter’s Jack Dorsey and Tesla’s Elon Musk are skeptics of Web3 and precisely what it will entail.

Regardless, Web3 concepts continue to progress and dominate headlines when a new breakthrough or utilization is presented.

Why is Web3 such a hot topic?

The main interest in Web3 revolves around it not being controlled by any one central authority and its potential to be incredibly secure. Instead of companies like Google, Amazon, Microsoft, or Apple playing such a huge role in controlling what we do on the web, Web3 promises to be created by the people, for the people.

Web3 has the potential to transform the way we use the internet. For example, we could use Web3 to store data on a blockchain rather than on central servers. This would make it much more difficult for hackers to access our data, and it would also make it impossible for governments to censor the internet.

With Web3, we can imagine a world where we all access the same data and services regardless of where we live or what device we're using.

For many, those ideas represent a sense of freedom that hadn’t existed since Web 1.0, before big tech companies and the government took hold of our browsers.

The World Wide Web has come a long way since its inception in the early 1990s. In the early days of the web, now known as Web 1.0, the focus was on creating a platform for information sharing that was primarily made up of static web pages. Websites were text-based and straightforward, and there was no real way to interact with other users. This is commonly referred to as the read-only era of the internet.

However, with those changes also came tech companies who control search engines, ad placements, and the collection of user data for profit. Governments also maintain control of certain aspects of the web and, depending on where you live, can dictate the information you can see and access at any given moment.

As we enter a world where blockchain has revolutionized how information is collected and stored, users can see pieces of Web3 across the internet. Rather than having major corporations control the internet, Web3 gives the control back to the users by giving them ownership of the platforms being built and the data within them. But, depending on whom you ask, Web3 has a long way to go. Some even believe that it’s still decades away from becoming a reality.

Is Web3 related to the metaverse?

Due to a lack of understanding, some consider Web3 and the Metaverse the same thing. However, while related in some ways, there are significant differences between them.

Perhaps the most significant similarity is that the metaverse has been called Web 3.0, or the next expected iteration of the internet. This is likely due to the immersive nature of the metaverse, which our current internet (Web 2.0) does not allow.

Decentralization is also at the core of both ideas. Though, with companies like Facebook/Meta already staking claim to metaverse worlds, that decentralization concept is already taking a hit.

Lastly, they are similar in that both utilize blockchain technology and cryptocurrencies to create digital objects and economies.

Web3 is a decentralized internet. It is built on blockchain and decentralized autonomous organizations (DAO) instead of on servers owned by individuals and organizations. This is important because instead of single entities controlling the flow of information, data is handled by users who will make rules and regulations.

The Metaverse, on the other hand, is a virtual world where users can immerse themselves and interact with each other through apps, games, and services. Metaverse worlds have existed for decades throughout science fiction works, namely Ready Player One and The Matrix. Though the metaverse we are experiencing today is a long way from those examples, it’s no longer considered fiction that we will get there someday.

To understand where to find Web3, it’s important to understand decentralization. As we navigate the web, the sites and hangouts we populate are currently owned and operated by corporations and controlled by regulations (some government, some private). This is partly because network infrastructure (like servers, security, and software) costs money to create and maintain. For this infrastructure, users are charged (either with their money or their data), and users must play by the rules established by owners.

With blockchain, the rules are changing. Data is encrypted and stored through distributed computing networks developed and run by multiple connected users. This encryption only allows access to those who have permission to access it, preventing single or unauthorized users from accessing the data.

That is decentralization, and that is the aim of proponents of Web3.

A DAO, or Decentralized Autonomous Organization, describes a company, group, or collective bound by the rules of the blockchain. In theory, DAOs exemplify decentralization because no one person can change the rules or prices of items without the proper authorization or collective blessing of the group they belong to. In some ways, DAOs eliminate the “middlemen” needed to run an organization, including lawyers, landlords, accountants, and bankers.

Artificial Intelligence (AI) is impacting our lives more and more each day. Web3 supporters believe that AI will play a massive role in the next iteration of the web. In fact, many applications are expected to be run through machine-to-machine communications and decision-making.

Bitcoin is the original cryptocurrency, and though it has only become popular in recent years, it originated more than a decade ago. Bitcoin and other cryptocurrencies are built on decentralized blockchain technology.

Diaspora is an online social world that claims that the user is in charge. The platform is community-driven through user coding and governance.

OpeanSea is the world’s first and largest NFT marketplace. On the site, users can create, explore and trade NFTs.

On the Sapien platform, a community of people work to integrate blockchain technologies into the metaverse. Users are invited to purchase a passport that grants them access to DAO digital communities where each DAO governs, mints their own tokens, and owns collective assets.

Everledger is a blockchain-based supply chain focused on transparency.

Uniswap is a decentralized cryptocurrency exchange managed by a global community of UNI token holders and delegates.

How Web3 can impact business models

The full impact of Web3 on business models is wholly unknown. However, speculations abound.

Bitcoin, Ethereum, Litecoin–these are just a few examples of cryptocurrencies developed by peer-to-peer networks using blockchain technology. Today, there are countless coins, and many big companies are also exploring ways to create their own native assets. Native assets bring owners added security and potential value growth. For Web3, native asset development in the form of tokens is expected as a primary source of economics for buying and trading items and information online.

Currently, companies and people rely on centralized banks to hold cash and assets. In Web3, businesses can build their own financial infrastructures, so they control all exchanges of assets.

Payment for mining cryptocurrencies or doing other work on behalf of crypto-networks comes in the form of the work token. Unlike current systems of employment, where people are hired and fired through work-employee contracts, these jobs are open to anyone with the right skills and resources to perform the action. In turn, they are paid with assets that they can exchange or hold onto. Work is honest and recorded, and further transparency is much more prevalent than in many of today’s work environments.

Something else entirely - it's just the beginning

As with most of what we’ve discussed in this article, future Web3 business models could become something else entirely. We really won’t know until Web3 is pushed further along or someday arrives on our computer screens.

The next phase, when to expect Web3 to arrive

Estimates of when to expect Web3 or Web 3.0 (in any completed form) vary considerably. Optimists expect it to arrive over the next 5-10 years, while skeptics say it may never happen. Challenges like cost efficiency, widespread buy-in, scalability, accessibility, and even a lack of actual direction into what Web3 should be must be overcome. Another considerable challenge Web3 faces is that of the big tech companies who have the power now with Web 2.0. They have deep pockets and billions of reasons to keep control of what internet users can see and do across the world wide web.

Anyone expecting Web3 to arrive soon should probably lower expectations and put in the work now of understanding what it is, what it could be, and taking minor steps towards making it a reality.

Are you looking for more information on Web3 trends and insights? We're here to help - explore Research-as-a-Service or contact us today.