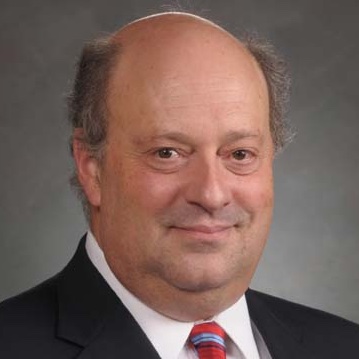 David Bessen joined Arapahoe County Government in December 2011 as the Director of Information Technology. At the County, he has established IT governance, converted the IT Department to a bimodal operation and focused on using innovative technologies to drive government efficiencies and create collaboration. Recently, his department’s work was awarded a CIO Digital Edge 50 Award, recognizing the County’s game-changing use of technology that benefits citizens in both Arapahoe and other Colorado counties. Prior to joining the County, he was in the media (newspaper and website) industry where he served as Vice President and Chief Information Officer at MediaNews Group, the second largest newspaper chain in the U.S. (headquartered in Denver) and IT Director at Copley Newspapers in La Jolla, CA. His responsibilities ranged from managing transactional systems for advertising and subscriptions, to ERP implementations, web content management systems, business intelligence, networking and Disaster Recovery/Business Continuity Planning.  David has also consulted in the publishing industry, as well as designed and managed projects for Fortune 350 firms.

David began his career in publishing technology as the founder of a small typesetting company specializing in academic journal publishing. Later, he worked as a support analyst and software trainer with Bestinfo, the software company that developed one of the first commercial-grade publishing systems that operated on a personal computer. He then worked for Management Processor Integrators as Vice President of Operations, consulting on electronic page-building projects at TV Guide and Copley Newspaper’s Fox Valley Press near Chicago.